Foods Vitamin A: The normal functioning of the body is impossible without a complete diet, in which retinol occupies a special place. It is important to understand what vitamin A is and where it is found, how harmless it is. Whether it is enough in vegetables and fruits or whether it is necessary to take it in the form of dietary supplements – we will find out in today’s material.

It was discovered in 1913, a discovery was made by a group of scientists who found that animals whose diet includes fat, lactose and starch are more likely to get sick and die before their brothers. In the same year, Elmer McCollum, a member of the scientific group, by separating substances, identified two classes of compounds: one was called “fat-soluble factor A”, the other was designated as “water-soluble factor B”. Later, a group of compounds was named vitamins of groups A and B, respectively.

Scientists say that a healthy man should consume at least 900 mcg per day, the daily allowance for women is slightly less than 700 mcg, children and adolescents should receive from 300 to 600 mcg of retinol. For those on a vegetarian diet, it is important to understand where vitamin A is contained in which foods. It would be a mistake to believe that the nutrient is contained only in carrots. Scientists have found it in peaches and apricots, as well as melon and pepper, and a lot in broccoli and dill. The substance does not lose its benefits during processing, and carrot juice will be no less useful than the vegetable itself. 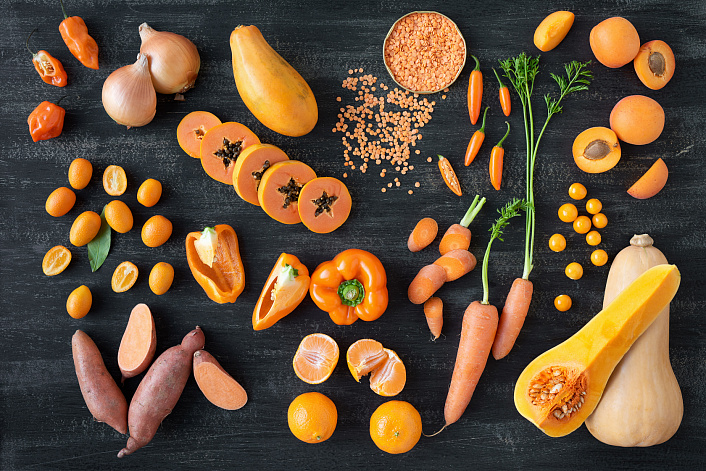 Vitamin A and its importance for health

The main plus is that it strengthens the immune system, and this is important in the autumn and spring periods, in addition, it is good for the eyes and skin. Regular intake of retinol reduces the risk of vision loss, including in old age. The same studies have proven that in humans, regular consumption prevents acne and pimples.

Promotes normal fertility. Regular intake of food rich in vitamin A strengthens hair growth, prevents hair loss, hair becomes strong and elastic. During summer holidays: it reduces sensitivity to the sun and the likelihood of skin redness. Studies have shown that if consumed in sufficient quantities, you can significantly reduce the likelihood of cancer, such as cancer of the cervix and bladder.

It is important for a woman to get enough vitamin A during pregnancy, this contributes to the normal, healthy development of the fetus. It is noted that this substance is directly involved in the formation of the skeleton, reduces the risk of birth defects.

During the period of breastfeeding, a woman should receive vitamins regularly and in sufficient quantities. Adequate nutrition makes up for nutrient deficiencies. If a child or mom has problems with hair, nails or skin, the nutrient becomes indispensable. In this case, a nursing woman needs to remember which foods contain retinol. Remember that during the period of breastfeeding, the question of taking medications should be agreed with your doctor.

Pediatricians agree that normal child growth is not possible without retinol. In addition, it is known that the nutrient is closely associated with the formation of visual pigments, and without it, it is impossible to ensure the adaptation of the eyes to light. Also, pediatricians note that the vitamin helps the child accumulate muscle mass and subcutaneous fat, without which the normal growth of the child is impossible. Thanks to retinol, the bones and teeth of the child will be healthy, it helps the cells of the body in the fight against pathogenic microbes.

It is directly involved in the synthesis of rhodopsin, which is responsible for “twilight vision”. Retinol is not possible without retinal regeneration. With a bright flash of light, our body consumes reserves of vitamin A, which is why they need to be replenished regularly. The deficiency leads to conjunctivitis and a deterioration in color perception, possibly a deterioration in light adaptation and the appearance of “night blindness”.

For teeth and bones

It is necessary for the formation of saliva, which cleans the oral cavity of food debris and bacteria. Thanks to retinol, the oral mucosa is maintained in a healthy state, becomes less susceptible to disease, reduces inflammation in the joints, has a positive effect on their mobility, strengthens bones, therefore it is additionally prescribed for those who have had injuries and fractures.

Those who often suffer from acute respiratory infections and acute respiratory viral infections should pay close attention to foods that contain the most vitamin A. It is known that it participates in cell regeneration, normalizes the state of the epithelial tissues of the mucous membranes of the respiratory tract and nasal membranes, relieves inflammation and strengthens the immune system, and destroys microbes.

Bodybuilding enthusiasts know that retinol is necessary for the growth of muscle cells, the amount of glycogen in the athlete’s body depends on it. Muscle grows during rest periods, and vitamin A provides full recovery. The need for athletes is higher, so an athlete can get enough of it from food if the diet is balanced.

In cosmetology and skin problems

Retinoids have been used in cosmetology since the early 1950s, when they were used to treat acne. Later, from the 80s, they began to use it to correct age signs. Vitamin A is not used in its pure form: it is part of gels and ointments, as a rule, and the retinol content in cosmetics does not exceed 0.1%, in anti-aging products the concentration is higher and sometimes reaches 1%.

For nails and cuticles

In order for the nails to be smooth and shiny, it is worth including in the diet foods rich in vitamin A. The lack of it makes the nails brittle and weak. According to cosmetologists, the ideal combination of retinol and vitamin E. 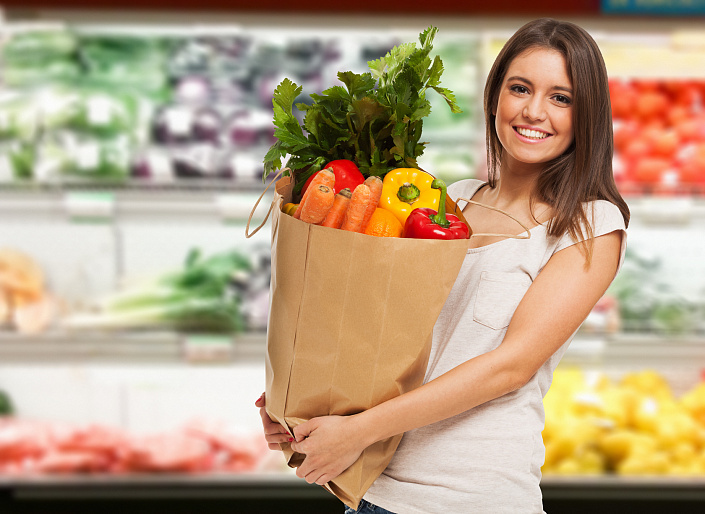 It has a positive effect on vision, strengthens the immune system. Foods that contain vitamin A are good for the prevention of liver cirrhosis, hypertension, and atherosclerosis. In addition, regulate hormones and metabolism.

Research suggests that the nutrient is essential in the treatment of type II diabetes. increases the sensitivity of cells to insulin.

Vitamin A: Table of Contents in Foods

A lack of retinol is indicated by cracking lips, a sharp appearance of acne, a decrease in visual acuity, frequent colds.

If vitamin A deficiency continues for a long time, irreversible effects are triggered in the body, such as damage to the retina and optic nerves. In addition, a low level disrupts gene expression, the process of keratinization of the epithelial membranes of organs is triggered, which provokes drying of the mucous membranes and weakening of the immune system. 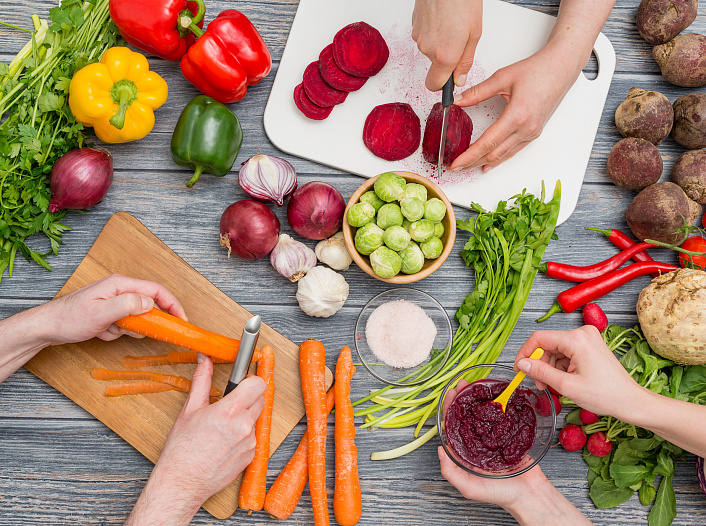 Vitamin A is fat-soluble, it accumulates in the body, so you can take it in pill form only as directed by a doctor, otherwise you will oversaturate the body and this will lead to high blood pressure and headaches. In addition, an overabundance leads to irritability and mood swings, an unstable mental state can be superimposed on an appetite disorder and vomiting.

It is possible to determine hypervitaminosis only with the help of a doctor, while it is worth paying attention to symptoms such as increased drowsiness and irritability on your own. Symptoms of excess often include vomiting and abdominal pain, but these symptoms can also signal other illnesses, such as poisoning. Increased fragility of bones in combination with the appearance of an ulcer in the oral cavity is a clear sign of excess retinol in the body.

Remember that a deficiency as well as an overabundance can only be diagnosed by a specialist. Do not self-medicate and diagnose, if you feel unwell or if these symptoms appear, see your doctor.

Compatibility with other substances

Despite the fact that vitamin A is useful and necessary, do not forget about its compatibility with other drugs and products. It works best with vitamins E and D

You cannot combine retinol with the intake of activated charcoal, since the latter will not be absorbed.