Have you noticed a strange paradoxical feature of our body? For example, can you do some useful things all day, and by the evening you won’t feel tired at all, but on the contrary, some kind of energy boost? And at the same time, can you, for example, lie on the couch watching a TV series all day, and in the evening feel as if we have unloaded at least two carriages? Why is this happening?

The fact is that in one way or another we still spend energy. And oddly enough, we spend much more energy on mental and mental work than on physical work. And any useless activity, like watching TV shows, wastes a lot of energy. Scientists neuroscientists argue that any perception of information forces our brain and psyche to be active and constantly process this information. And if the information is “empty”, that is, without a constructive or some kind of semantic message, then it has a destructive effect on our psyche. That is why, after watching TV, people often experience a breakdown. 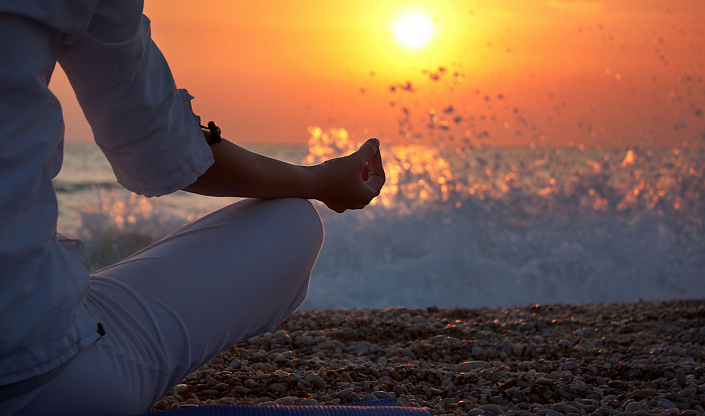 Conversely, jogging can, on the contrary, give a person an energy boost. The fact is that the human body is not just some kind of vessel with energy. The body is rather a conductor of energy, energy is constantly moving through us. And there are techniques that allow you to expand this flow of energy. In Eastern culture, these are various breathing and meditation practices. But there are also practices that are more understandable for us and familiar to us from childhood. This is hardening and physical education. In both cases, the flow of energy through our body is intensified and thus we receive a charge of vigor.

Chronic fatigue – the plague of the 21st century

The problem of chronic fatigue is a problem of the last hundred years, when a person began to move much less than his ancestors. Indeed, before a person could not even think about how to further increase the energy potential of his body: he dug up a vegetable garden, chopped wood, and there was more than enough energy. So to speak, they combined business with pleasure. But in the modern world people are more and more sedentary and, oddly enough, their energy from this has become not more, but less.

Study of 2002 shows that more than 20% of people suffer from chronic fatigue. And this does not mean that the rest are doing well. Today, most people periodically experience unexplained breakdowns.

The problem of a modern person is that his work and leisure are no different from each other. Today we find both on the Internet. And it turns out that we get up from the computer just to sleep. However, some neglect this too, but this is already a very difficult case. How does the average person imagine rest? After a hard day, sit on social networks or watch a series. And it turns out that a person has a constant information load, which is exhausting. And if you add to this the almost complete lack of physical activity, then you simply do not have to be surprised at chronic fatigue.

What to do in this situation? The problem of man is that his life is more and more contrary to nature. And in nutrition, and in lifestyle, and in the daily routine, and in thinking and so on – the list is endless. The main role, of course, is played by the regime of the day.

When there was no electricity, man lived according to the rhythm of the sun. The sun went down – night, rose – morning came. And nature conceived just such a daily routine. In winter, when a person needs more rest, the night is longer, and in summer, when the light and warmth of the sun fills us with energy, we need to rest less, therefore the night is shorter. Everything is thought out perfectly.

But a person considered himself smarter than nature, so today many stay up late, and in the morning they wake up broken and tired, if they need to go to work, or sleep until lunchtime, if possible. Which, however, does not solve the problem. Scientists say that most of the vital hormones are released between 10 pm and 5 am, and naps cannot replenish them.

Thus, the first thing to do is learn to go to bed early . But, as experience shows, this is difficult to do, so it is easier to train yourself to get up early. If you wake up at five in the morning, then you simply will not have the opportunity to do something after nine or ten in the evening, and your eyes will close by themselves. But the morning hours are the best time to do important work.

The second problem is the lack of physical activity, which was already mentioned above. According to statistics in 1970, only one-fifth of people worked at the table, but now this number is 70%. And the problem is precisely this: a sedentary lifestyle blocks our access to energy. Only regular physical activity allows us to open energy flows that give vigor and strength to our body. And here it is important to dispel another misconception. Some people think that morning exercises are sufficient physical activity that completely compensates for the rest of the day of complete immobility. Alas, this is not the case. This, of course, is better than nothing at all, but it does not solve the problem. 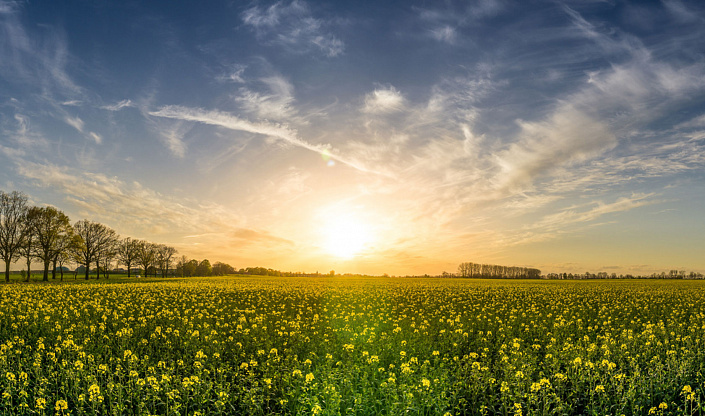 Also according to research, the introduction of physical activity into your daily routine can get rid of chronic fatigue very quickly. The main thing is regularity. Exercising in the morning will not be enough, especially if a person sits at the computer all day. To maintain the proper energy level, you need to give yourself some at least a little exercise about once an hour. First of all, it should be a load on the legs, since it is the activity of the legs that makes it possible to activate blood circulation as quickly as possible. Even a few sets of 50-100 squats once an hour will quickly change the situation with chronic fatigue, you yourself will feel it. Yoga can be one of the most effective physical activities. If done correctly, independently or under the guidance of an experienced teacher, you can regain a charge of vivacity and energy.

Rest for the mind

It is also important to rest your psyche. The modern rhythm of life leads to the fact that our psyche is constantly overloaded with the perception and processing of information. More precisely, perception occurs almost constantly, so there is not even time left for processing information, which leads to an overload of the psyche. And the only time when the information received during the day can be processed is at night. It also leads to sleep disorders – insomnia, nightmares, and so on.

Therefore, it is important to understand that rest for our mind and psyche is the absence of incoming information. And when we watch the series, we think that we are resting, and our psyche continues to work. To take a break from the incoming information, you can sit down in meditation, take a walk in the fresh air, do creativity, and much more.

Thus, the problem of chronic fatigue is very easy to solve. And at the same time, you need to make an effort to change your established lifestyle. But, as Albert Einstein said:

“The biggest foolishness in this world is to do the same things and wait for a different result.”

If a person is worried about a problem with chronic fatigue, it is quite obvious that something needs to be changed, and not just waiting for the weather by the sea, blaming the environment or something else along the way. Visits to doctors are also unlikely to solve the problem, since modern medicine does not always have an accurate idea of ​​the causes of diseases. Man himself is the blacksmith of his own destiny. And the techniques that allow you to be energetic and healthy have been known to mankind for a long time. You can always find what is right for you: it can be oriental practices, yoga, meditation, breathing exercises and even just physical education.

It is important to adhere to three basic principles of a healthy lifestyle: physical activity, healthy sleep, proper nutrition.

Much has already been said and written about proper nutrition, and everyone understands something of their own under this concept, but here we can say that if a person continues to get sick with his “proper nutrition”, then, again, something needs to be changed. 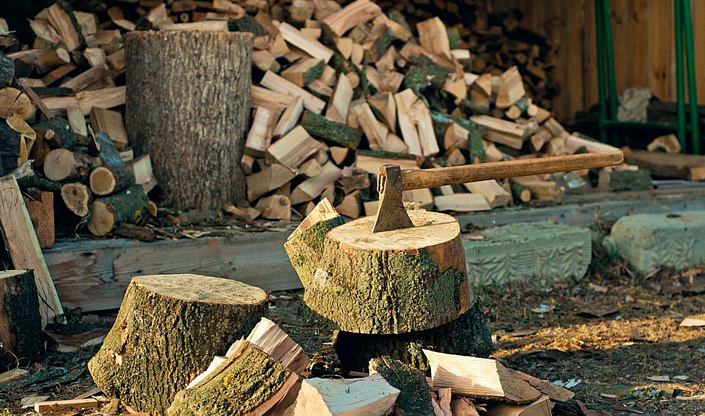 The most important principle of a healthy and harmonious life, which is the basis for all three, is, of course, positive thinking. If a person goes in for sports, sleeps well and eats right, but hates everyone around him, this is unlikely to give him health. Therefore, it is not a secret for anyone that the first thing to start with is a benevolent attitude towards the world and positive thinking. According to scientists, negative emotions waste a tremendous amount of a person’s energy. And if a person regularly watches and reads news (mostly negative), then this is exactly what he spends all his energy on.

How smart is it to invest your energy in self-destruction?

Therefore, as Professor Preobrazhensky said, “Don’t read the newspapers.” And try to immerse yourself in the information that leads to development. This refers to the development of kindness, joy, compassion, and not the development of hatred, fear and aggression. It is these emotions that waste a lot of energy.

Thus, a positive attitude is the foundation of a harmonious life. There is no point in building a beautiful house without laying the foundation – such a house will collapse after the first heavy rain. Only having formed a harmonious worldview and positive character traits , we can begin to improve our body and psyche by the methods described above. Then our development will be harmonious and there will be no place for depression or fatigue in life.

Note that depression and apathy are also a sign of a lack of energy, which manifests itself on the mental level. And, as you know from Vedic texts, Buddhist texts and Christian texts, the best remedy for depression is an action aimed at helping loved ones or those around them. Altruism can thus be the impetus for your positive change.

All in our hands. The recipe for a harmonious life is simple, you just need to make these changes in your life and the situation will immediately begin to change. Slowly but surely.