In recent years, an increasing number of people are abandoning meat and switching to plant foods. Vegetarian cafes and shops appear in large cities. The image of a strange man who eats only cucumbers and tomatoes is a thing of the past. What makes all these people change their diet? Wanting to save animals? Health problems? How does a vegetarian diet affect us and the world around us? You will find the answer to these and other questions in this article. 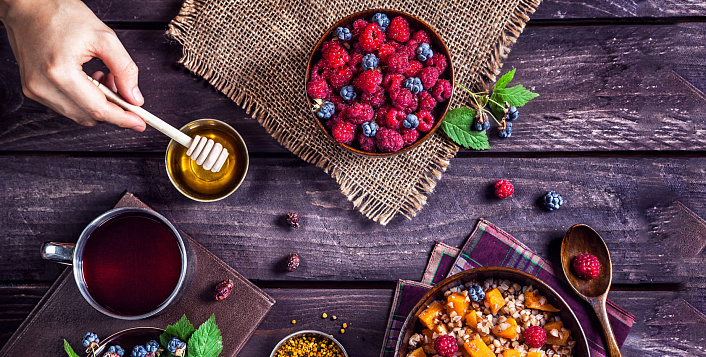 Reasons for people switching to vegetarianism

First of all, it is important to immediately note that the transition to vegetarianism is a conscious choice of every person. Among the supporters of plant nutrition, you are unlikely to find someone who says that someone forced him to give up meat. Of course, there are people who came to vegetarianism on the advice of a doctor, because of their state of health, but they had to make the choice to give up meat or not on their own.

However, health problems are one of the reasons why people become vegetarians. Vegetarian food, unlike meat dishes, contains less fat, which has a beneficial effect on the functioning of our body. For those who care about their health, it is useful to know that recent research by scientists has shown that adherents of vegetarianism are less likely to suffer from diseases of the large intestine, including cancer.1

In the West, those who want to live a long and healthy life have become vegetarians for a long time. Another reason for switching to vegetarianism is ethical considerations. To our great regret, people in our country think less about animal rights.

Protecting the life and health of our smaller brothers remains the lot of a small group of activists. Those for whom the fate of animals is not indifferent, refuse to consume meat dishes. Statistics show that in Europe, in particular in Germany, the consumption of meat products is decreasing.

Moreover, this happens deliberately, in a country that has always been famous for its meat delicacies.2 In their article, European journalists relied on the research of the scientific journal Food. In Russia, there was also a slight decline in the consumption of meat products in the period from 2016 to 2019, but this decline was caused not by ethical considerations, but by the economic situation. 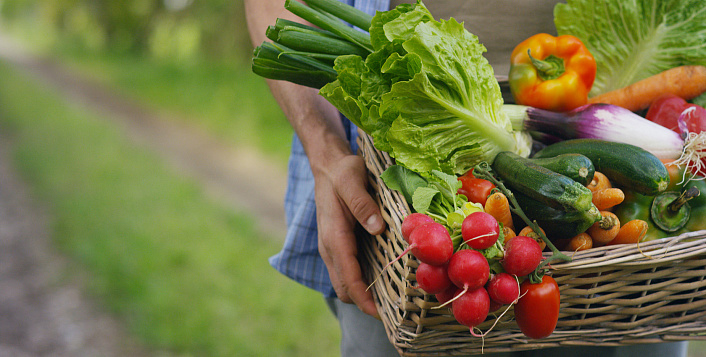 Another reason why people become vegetarians is because of their religious beliefs. Some confessions, such as Judaism, prohibit the use of certain types of meat, others, such as Buddhism, Jainism and Hinduism, prescribe to completely abandon meat. This is due to the observance of the principle do not harm, or do not kill.

For the same reason, those who seriously practice yoga refuse meat. Observance of ahimsa, or the principle of nonviolence, is essential in yoga philosophy. It is known that Buddhist devotees of the past tied bells to their staff so that their sound would warn animals and insects about the appearance of man. Buddhists of the past did not want to, even by accidentally stepping on a beetle, take its life, let alone eat meat.3

Environmental pollution, global warming are more reasons to become a vegetarian. Do not be surprised: there is a close relationship between environmental protection and vegetarianism. Specially designed farms for breeding animals consume water and land resources, destroying the environment. Considering that in some countries there is an increase in demand for meat products, it becomes alarming for the state of our planet. Those who want to help the world around them switch to plant-based foods.

Of course, these are all general reasons. It is impossible to cover private (personal stories) within the framework of the article. There are people who, from childhood, refuse to eat meat, not knowing about the killing of animals or about environmental problems. The kid does not care about religious postulates either – he simply does not want to eat slaughter food or, as they say in India, dead food. What’s this? It is possible, a legacy from a past life, and the fear of the soul to take upon itself the sin for the next murder of an animal. 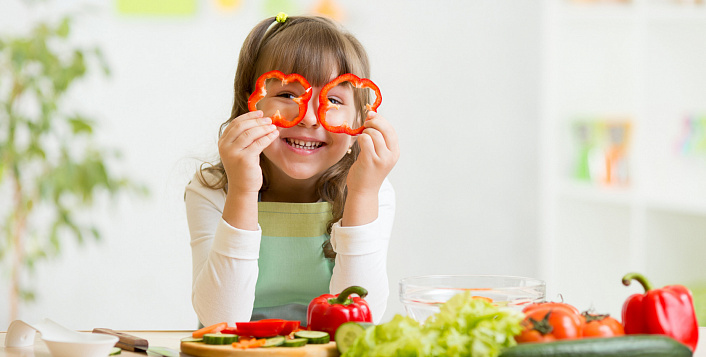 Should you become a vegetarian?

This question, of course, is a personal matter for everyone. You cannot force a person to do something, for, as the Buddha said, “compulsion causes suffering.” Everyone should make their own choice. It is important to remember in the future that this was your choice, and a conscious choice.

Do not be afraid of public condemnation and jokes from colleagues. You make your choice and change your life for the better here and now, and do not wait for a “call” from your body; you are eating fresh, juicy food, not the chemically processed body of a killed animal. If we talk about the author’s position (it is precisely this and does not pretend to be the ultimate truth), then switching to vegetarianism is worth it.

To begin with, in the form of an experiment, try to introduce fasting days: for 1-2 days, give up meat dishes and observe your well-being. Most likely, you will feel lightness in your body due to the fact that the decay products of the eaten meat have ceased to enter your body; your body will become more flexible and mobile (seen from my own experience). The main thing is to remember that those elements that are contained in meat can be obtained from other products.

When switching to a vegetarian diet, plan your menu, do not forget about foods rich in protein. Today, there are vegetarian stores in major cities where you can buy frozen burgers and even vegetarian sausages. If there is no such store, do not despair: there are a huge number of vegetarian recipes on the Internet for every taste. In addition to the benefits for the world around you, you will have an excellent opportunity to expand your gastronomic preferences. The main thing is not to turn off the intended road. Get the support of like-minded people (and there are many) and discover the amazing world of vegetarianism.

There are several types of vegetarian diets:

Also recently, raw food and fruitarianism are gaining popularity. Both diets are vegetarian, but it is not possible to consider each separately. Briefly, we note that adherents of a raw food diet eat foods that have not undergone heat treatment, fruitarianism prohibits eating what the plant cannot live without, – the use of raw fruits is allowed. In other words: the fruitarian will not eat carrots, since they are the root of the plant and take away its life. 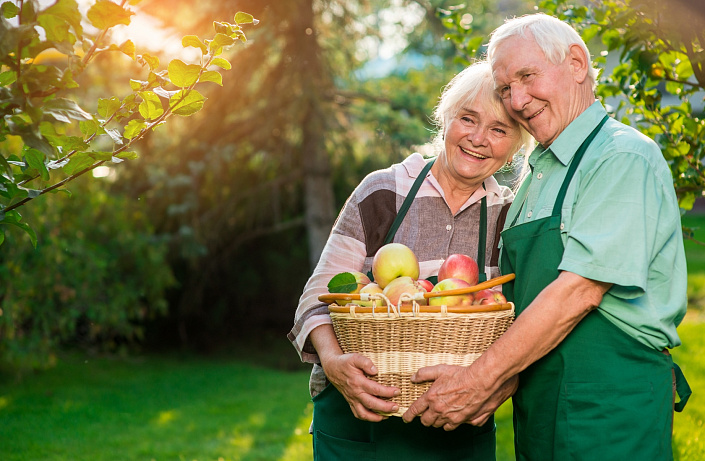 In order to be objective, it is worth considering some of the disadvantages of vegetarianism that you may encounter when switching to a plant-based diet:

What are the advantages of vegetarianism:

But, of course, the main advantage of vegetarianism is a long and healthy life: among the supporters of this type of diet, you are more likely to meet centenarians. For many, this is a good reason to think. 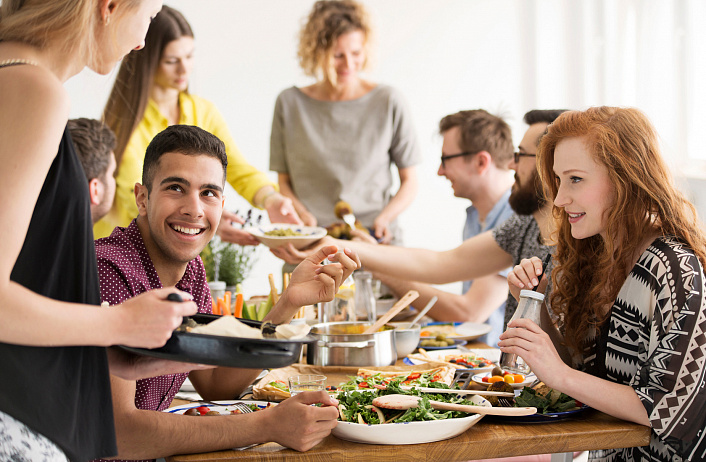 Vegetarianism in this earth is far from a new trend. In India it was already a popular things to be a vegetarian and avoid non veg foods.

However, vegetarianism became widespread thanks to the classic and popular culture of india. The book, which would later be called the vegetarian’s bible called “The First Step”, caused a huge resonance, in addition to talking about the benefits and dangers of vegetarianism, it raised questions of ethics and morality.

It is generally accepted that the period from the moment of this book to the outbreak of the First World War was the time of the active spread of vegetarian views. In 1894, only in St. Petersburg there was an institution that prepared vegetarian food. However, already in 1896, such an institution opened in Moscow.

During the First World War, the vegetarian society showed in practice that their way of life is not just ideas and dreams of beauty. The canteens were converted into hospitals, and the rest fed the military in reserve free of charge and daily. The vegetarians did not forget about our smaller brothers: infirmaries were created for horses.

And now, when it already seemed that everything was proved to everyone that a vegetarian society is not strange tyrants, but a reliable support for society, they decided to erase this page in history. The new government considered the vegetarians involved in agriculture too wealthy, along with dispossession came an unofficial ban on vegetarianism. Until the last moment, the Soviet government opposed the idea of ​​plant nutrition. In 1961, Soviet dictionaries wrote that vegetarianism is false and not scientific, does not and cannot have supporters in the Soviet Union.

In the 1990s, with the wind of change, interest in plant-based diets returned. People received a huge amount of information previously inaccessible to them: about yoga, nutrition, philosophy. Today the world is loyal to those who have given up on killing animals. There are many cafes and shops designed for vegetarians, books are published, there are websites on the Internet. Of course, even now there are those who are skeptical about the idea of ​​giving up meat, laughing at the “herbivores”. You should not be angry and take offense at such people: social stereotypes are tenacious and sometimes they reach from the depths of the past to our contemporaries.

How do people become vegetarians?

There are many stories of how people became vegetarians. Each of these stories is unique and interesting in its own way. You can easily see this for yourself: for example, if you watch several videos with the appropriate title on the so many website and youtube video plateform or read the stories of real people on the our adishhub.com website .

For some, this transition was easy, while others faced difficulties. The author of these lines is to some extent lucky: from childhood he refused to eat meat. I, under any pretext, tried to quietly return it to the pan, the question of choice was not for me, and this seems to me rather a plus. Later, having got acquainted with yoga, its concept and philosophy, I only became firmly established in my thoughts that it is normal not to eat meat.

Very often I came across a misunderstanding of my colleagues as to how it is possible not to eat meat. Closed within the framework of the patterns laid down by someone’s paradigms, we cannot and do not want to see the other side of the issue, are not ready to accept someone else’s opinion, even if it does not affect us, but are ready to criticize and slander. Well, such an approach to life also has a right to exist, another question: does it lead to a dead end?

To summarize the above, it is worth noting that vegetarianism, like any other approach to nutrition, has its positive and negative sides. What will become key for you is up to you to decide, but I want to believe that this conversation will not be in vain and will make you at least think about what and how we eat. In the end, I would like to recommend a documentary film for those with strong nerves, called “Earthlings”, released in 2005. Look, he tells you why it is worth becoming a vegetarian or vegan, more eloquent than many books.