Silicon can be found all over the place as they are found in most organic fabrics. It is a naturally occurring chemical and should not be confused with silicone, which is a synthetic polymer. Back in 1878, the famous chemist and microbiologist Louis Pasteur became interested in the healing properties of silicon and believed that it was an important substance in the treatment of many diseases.

In the 70s and 90s, the health benefits of silicon in mice and chickens were studied at the University of California Los Angeles. Years of research have proven that silicon is essential for proper growth and development, and a deficiency of silicon leads to deformation of the skeleton and joints.

Then silicon was added to the diet of racehorses in order to reduce injuries in animals. The study concluded that silicon reduces the number of injuries and stops the destruction of bones and cartilage.

Silicon: benefits for the body

How does silicon affect the human body? While studies in animals have shown the importance of silicon for bone growth and formation, studies in humans have led to the conclusion that this chemical has a broader spectrum of action. Silicon is found in blood, muscle tissue, adrenal glands, and thyroid gland.

The study showed that in the walls of an arteriosclerotic artery, the level of silicon is below normal, and the amount of calcium is higher than normal. Silicon in connective tissue acts as a cross-linking component that helps to strengthen arteries and veins.

Silicon directly affects the rate of bone calcification. A diet high in silicon has been shown to increase bone mineralization much faster. This trace element is an important component of the collagen matrix on which calcium is deposited, which confirms the impossibility of bone formation without calcium and silicon.

Silicon helps maintain healthy skin. Since the skin is an important defender against bacteria and viruses, silicon plays a key role in supporting immunity.

Silicon helps repair and maintain the tissues of the digestive tract. The results of the study showed that the production of collagen by cells of intestinal smooth muscles contributes to the normalization of the gastrointestinal tract.

In other words, collagen helps create new muscle cells to heal the stomach lining and intestinal wall. Since silicon is an essential component of collagen synthesis, it plays a key role in mucosal rebuilding. 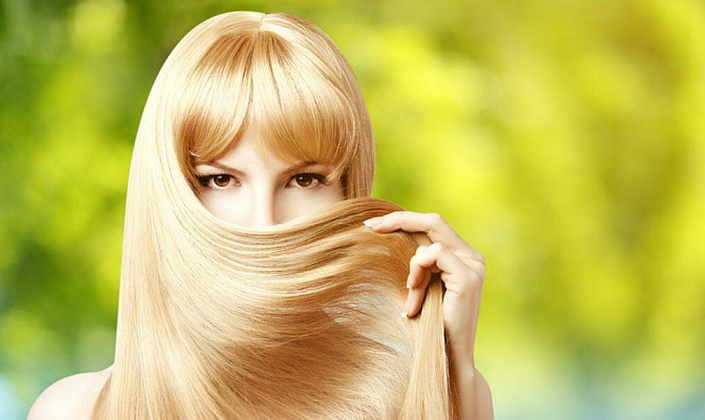 As already noted, silicon is an important element in collagen synthesis, which leads to an increase in the strength and elasticity of the skin, prevents hair loss, and strengthens nails.

Silicon is one of the most important elements of the connective tissue of the human skin, tightening the collagen chain and increasing the elasticity of the skin. It also stimulates cells, promoting their regeneration.

Several studies point to the beneficial effects of silicon in the prevention of Alzheimer’s disease and osteoporosis.2 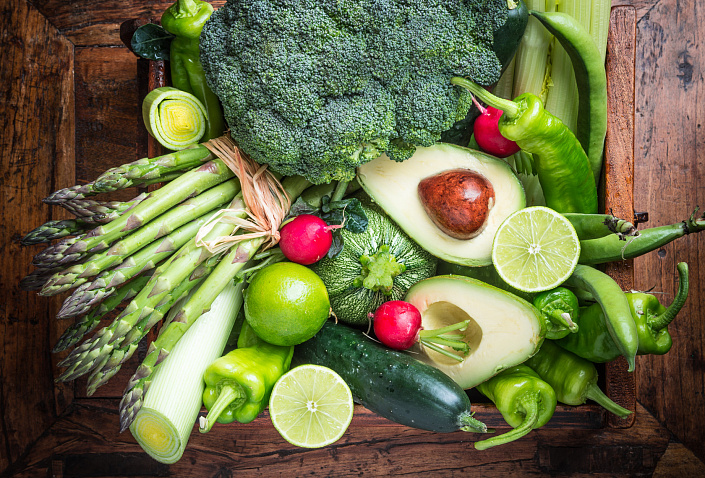 Silicon is one of the most important elements among 60 types of essential nutrients required for the normal functioning of the body.

Lack of silicon can lead to a number of diseases. Since the mineral is not synthesized by the body itself, and it is not always possible to assimilate it from the usual diet, this leads to a general deficiency of silicon.

As soon as the body begins to experience a silicon deficiency, bones are the first to suffer. The lack of silicon can be easily traced: this is brittle nails, and hair loss, and itchy skin.

According to studies, a deficiency of silicon or a violation of its metabolism can lead to atherosclerosis, diabetes, disruption of the thyroid gland, some types of dermatitis, and urolithiasis.

Lack of silicon in a woman’s body is associated with changes that occur after menopause. In the first 5 years after menopause, about 30% of the collagen contained in the skin is lost.

A lack of silicon prevents mature skin from rebuilding collagen that has been lost. The decrease in collagen that occurs after menopause has been associated with age-related decreases in bone mineral density.

For the correct metabolism and their assimilation, a combination of silicon with other elements is necessary: ​​calcium, magnesium, phosphorus.

Reasons for the lack of silicon

The health benefits of silicon are clear. But if this element is found everywhere (the second most abundant on earth after oxygen), why do we need to supplement it? There are two reasons for this. 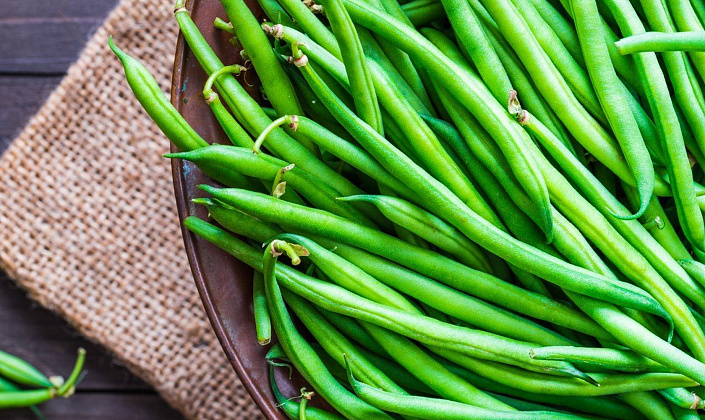 Almost 30% of the earth’s crust is made up of silicon, so it should come as no surprise that it is also found in food. However, silicon is rarely found on its own. Most often, it combines with oxygen and other elements to form various materials. One of these materials is silicon dioxide, of which sand is composed.

Silicon in food makes it possible to compensate for its deficiency in a natural way. The daily dose of silicon varies from 5 to 10 mg. Although some sources indicate a figure of 50 mg.

Until scientists come to a consensus on the required dose of silicon, we can only rely on averaged data. But you should not be afraid of an overdose of silicon, since no more than 5 mg per day is supplied with food, and up to 10 mg is excreted in the urine.

So which foods are high in silicon?

One of the richest foods in silicon. One glass contains about 7 mg of the substance, which is about 25% to 35% of the daily value.

A medium-sized peeled banana contains 5 mg of silicon and a daily dose of potassium and fiber.

Many types of leafy greens contain silicon. Spinach contains the most silicon: 100 grams of leaves will help you get about 6-7 mg of silicon.

Although every type of rice contains silicon, it is most abundant in brown rice. Three rounded tablespoons contain 4.5 mg of silicon.

Of the 18 foods with the highest silicon content, 11 are cereals. Oats tops the list: 100 grams contain 20 mg of silicon.

Most of the silicon is found in red lentils: 1 tablespoon contains 1.77 mg of a trace element.

It is a source of protein and silicon. 100 grams of soy or tofu contains 4–5 mg of silicon.

Where else to look for silicon? Here are 7 important plants that contain this vital element: horsetail, burdock, lungwort, nettle, sage, yarrow, wormwood and some others. To replenish the silicon in the body, you can prepare decoctions from these herbs.3 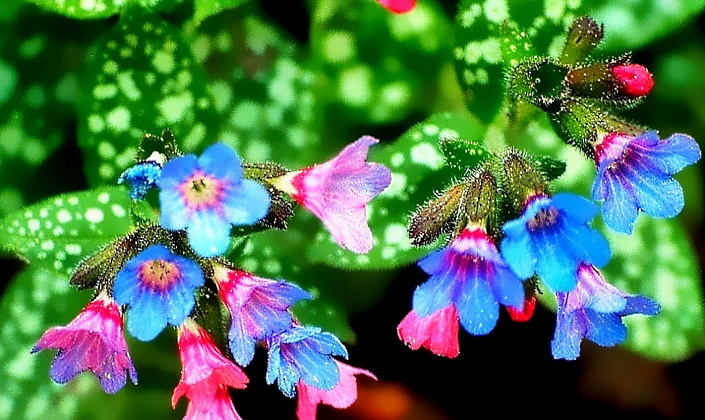 How to replenish the silicon deficiency in the body

Below you will find several recipes that will make up for the silicon deficiency in the body.

Put banana, washed spinach in a blender, add nuts, finely chopped with a knife. Pour in water and mix until smooth. You can add cashews, almonds, or pine nuts instead of Brazil nuts. They are all rich in magnesium, which aids in the absorption of silicon. 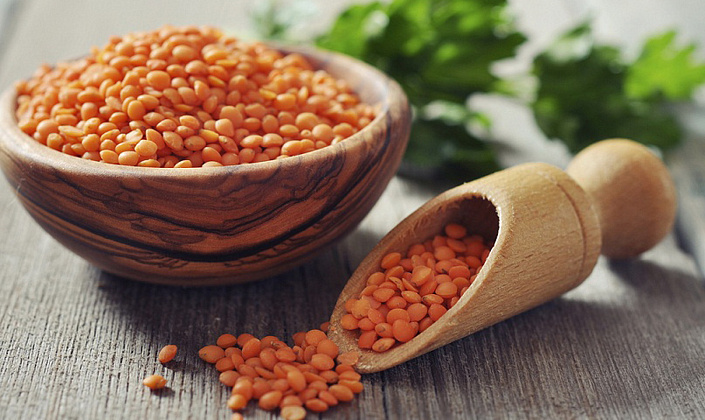 Rinse the lentils. Rinse the spinach and chop coarsely.

Heat oil in a saucepan over medium heat. Add the chopped tomato and fry until soft. Add the grated ginger and cook for another 30 seconds.

Add broth or water and lentils to a saucepan. Bring to a boil. Then reduce heat to low and simmer, stirring occasionally, until lentils are tender.

Add spinach and cook for 1-2 minutes. Pour lemon juice into the prepared soup, salt to taste and pepper.

To get as much silicon as possible, use unprocessed oatmeal, which must be cooked for at least 15 minutes. Pour the cereal over with water and cook according to the recipe until tender. If you prefer porridge with milk, substitute milk for water.

Add sweetener (honey, maple syrup, cane sugar) to the finished porridge. Chop the pumpkin seeds with a knife and add to the porridge. They can be replaced with sesame or flax seeds. All three seeds contain zinc, which helps the body absorb calcium.

This oatmeal can be cooked without boiling. This will save even more silicon in the cereal. Cover the oatmeal with water and leave overnight. By the morning, the porridge will be ready to eat. Add sweetener and seeds as desired.