Real story of Covid-19: This is the real story that is now taking place during the 2nd wave of covid. I am now experiencing this, a person with vast knowledge and experience in medicine, including from the position of yoga, since I am also a yoga teacher.

I want to address this primarily to those careless people who, according to their prejudices, believe that the Covid-19 pandemic is a kind of “fake” aimed at misleading and fearing people. 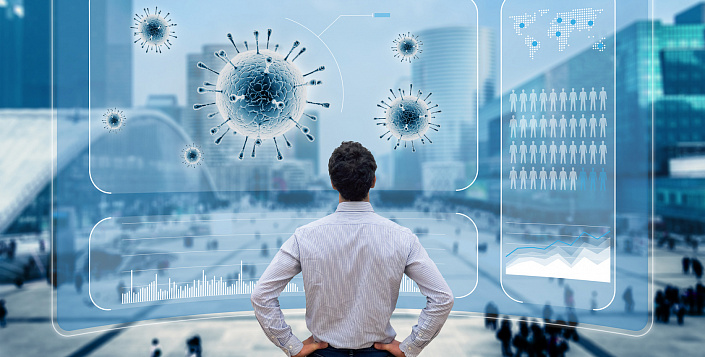 I want to start by being prepared at any time in your life for the manifestations of impermanence (good health, well-being, life itself). We don’t usually wait for them. Usually people who are engaged in self-development are calm about it and go to meet any changes. They train their spirit, body. This happens deliberately. In general, I also consider myself to be such a cohort. And the stronger and more unusual everything that is happening to me now.

When a person does yoga, he trains his sensitivity, which allows him to hear his body. However, we are social people and can be so busy that we miss this moment. And so it happened to me. When I was in several stress points at once. I had to solve several life problems at once, and at that moment I was wounded, naked and open to meeting this infection.

And when this happened, I felt, first of all, an indisposition and a feeling of laziness, a desire to sleep for a long time and what we call the state of “tamas”. And when I tried to whip up this state a little by practicing hatha yoga, I got a very powerful answer. In one evening, after doing hatha yoga practice, I drove all the virus through my body. And then I had a forced flight to another city, during which I realized that “I got it.”

Upon arrival, I went into self-isolation for 4 days and was quite confident in myself, because I am a doctor and, moreover, I myself almost never got sick. The next day after taking the test, I learned that the result was positive. For four days I just lay there and experienced all the sensations that are described on the Web. But I must say that this infection is very insidious, it affects precisely the weak points of each individually. The first period lasted for several days, at this moment the person is very contagious, by the way. Discharge occurs through the nasopharynx. 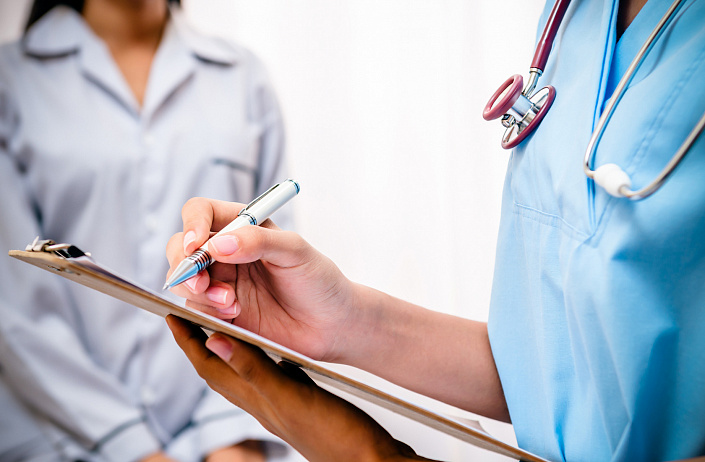 The mask is, of course, required. A person at this moment does not see or hear how he infects others. The second stage also lasted 4 days, and I still tried to fight on my own. I tolerated the temperature, it was relatively low – 38. Knowing that antibodies must be produced, that the body must react in this state, I did not knock it down, I held on to the last. But the third period came, when on the fourth night I felt that my energy level had dropped so much that I needed to seek medical help.

I was lucky here. I called a brigade, and I met a nice guy who, without hesitation, took me to a very good military hospital. There they literally flooded me with everything they could for several days. Such a strong treatment was, which even surprised me as a doctor. There were high doses of hormone therapy. The fact is that the most insidious thing happens on the 6-8th day of the infection (just my case).

This is a cytokine storm, when T cells (T-killers) begin to be produced like an avalanche. These cells have the information of killing the RNA of the virus, which is already distributed throughout all the cells of the body, especially in the endothelial cells. Then the killer T cells simply hit their cells, essentially producing an autoimmune reaction, that is, their own cells destroy their own endothelium. And the autopsy usually no longer contains the virus.

There is not a large amount of virus in the body, but there are dead tissues and a person can die very quickly from this. This is one of the features of this virus. Covid is often compared to ordinary flu, but with the flu virus, on the contrary, there is an increase in the production of interferons. Interferons activate immunity, then when the “crown” presses the production of interferons completely up to the development of primordial immunity. 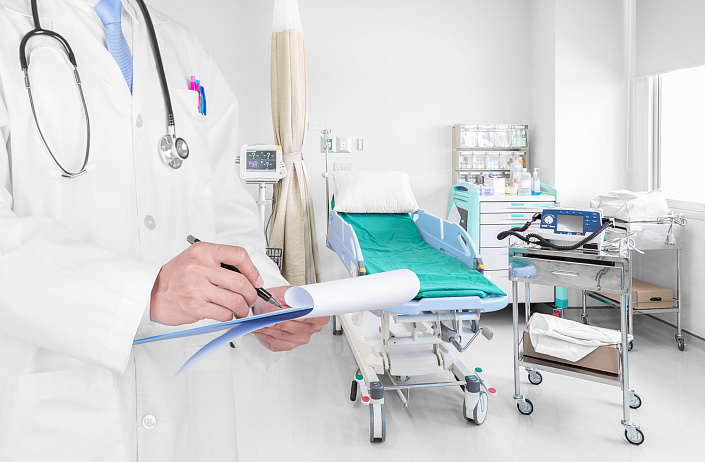 Another problem of the new virus is the massive, unbridled production of inflammatory mediators. The disclosure of these mediators so that they begin to work multi-organ, that is, to beat on all, all organs, especially on the weakest in each individual. Therefore, it is a very unusual infection. Humanity has never met such an infection – this is a fact.

I spent several days in the hospital. And I cannot say that here military doctors did not have the flexibility of clinical thinking and kept poking me with a protocol all the time. The only plus was that the food was military. Oh, by the way, about food, because I’m a vegetarian. And for me it was a very strong test, because I still had to eat meat soup. Of course, I put the meat aside, but I understood that the tissues required nourishment, and you shouldn’t throw them into hunger at that moment. Therefore, I closed my eyes, squeezing my heart and realizing that everything would be fine, I tried to eat this food after all. The truth is not in the same volume as usual.

A very strong subtle experience for me was the feeling of approaching death. When I realized that one night I might die. I was lying on the bed, there was no energy, only the understanding that all my life plans can stay here and now. Then I began to remember everything I knew: mantras and other techniques. I can’t explain it now, but I know for sure that they pulled me out. What was surprising was that you had to ask: “Yes, I need help.” I understand now what pride is. When you can say, “Yes, I really can’t do it myself.

I’m not as cool as I thought I was. ” We often see ourselves as being separate. However, we are nothing but the interweaving and unification of all those connections that are around. Amazingly, I felt a connection with those people who support me, who can really pull me out. And then I also appealed to them and thought about them. I didn’t even have a good relationship with all of these people. And nevertheless, their love, the interweaving of our destinies very strongly hooked. 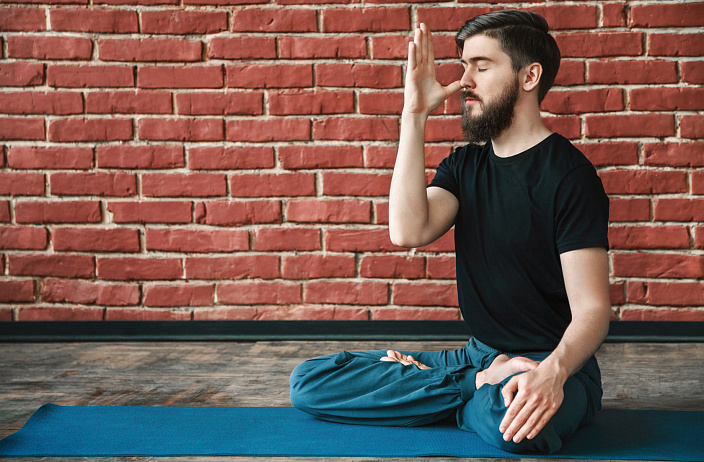 I experienced many of these moments of awareness that night. One minute lasted an hour. Time took on a surreal aspect. I gradually began to move away. I went through that night and realized that I would have to experience the same thing the next. The temperature rose for 6 nights.

The problem was that I could not prove anything to anyone, could not stand up. Then they began to give me injections, which brought down the temperature. But it was all wrong for some reason, all wrong. I felt that my lungs were gradually tightening and shortness of breath was increasing, despite such massive antibiotic and hormonal therapy. I was getting worse … As a doctor, this all very much surprised me. I didn’t understand what was going on. During one of the rounds, I told my attending doctor that something was wrong with me, that I was not getting better. For this I received an explosion of emotions and they told me that they would transfer me to another hospital. Also, I didn’t use much oxygen and other hospital benefits.

The day after the CT scan, I found out that 30% of the lungs are affected. I was transferred to another hospital. This is another story. Moving to another hospital was a torment, but people who were around helped me. They arranged for me a nurse who delivered the right injections, the old Russian combinations that I remember: diphenhydramine with analgin. In the morning I lay in a pool of sweat, but I felt a kind of relief. And yet something was wrong. The very next day, my shortness of breath intensified even more. I realized that my treatment absolutely does not suppress the SARS that develops before our eyes.

There was a discussion with the new doctor, who was surprised at my knowledge of medicine and agreed with me that it was necessary to change the antibiotic. Literally on the same day, I began to feel better. And here I want to say about the possibilities of modern medicine, which many do not recognize. It is believed that it is flawed. But listen, this is part of our culture now, a reflection of modern society, it still does its job. This is disaster medicine, extreme medicine, but it was she who gave me the opportunity to get out all the same. 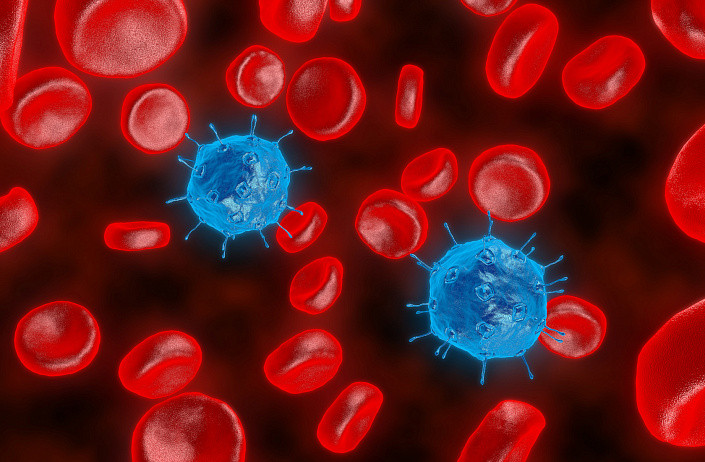 I got tremendous experience. I realize that it was not so much that I myself was susceptible to this infection, as life put me in such a situation and gave me a powerful austerity, powerful tapasya, the opportunity to change myself very much. During the temperature nights there was a feeling that the body was on fire, as if you were near Kailash. There was a feeling that this was a retreat, as if you were being charged with this transformation. It squeezes you like a spring, squeezes you, and there is no limit to this compression. But then, when the state began to improve, there was some unusual flow of energy, some kind of freedom.

Many thoughts and desires that I had before have changed. I stopped understanding that life is what I am. I realized that this is just what I have to do. I urge everyone who is now in a state of health, peace and harmony to be vigilant. Do not leave yourself or your family at the possible risk of infection. Do not think that this is some kind of fake. Think about how to protect your loved ones.

And nevertheless, there is no need to be afraid, many have suffered in a mild form. Among them are my friends and people dear to me. I am happy that it happened like this. I can share that at first I was ashamed that I got sick. I am not a sick, healthy man who understands what to do, and I fell under this virus. Now I can say that I am very grateful to this infection, which changed me very much and which gave me this experience to go through.

Probably because I am a doctor myself and should be ready. And it was necessary to experience these difficulties, which my patients and my loved ones can learn. What I have told is the true truth, it is happening to me now. Today, November 11, 2020, I started to recover.