at the moment, the controversy about the dangers and benefits of microwave ovens does not subside. This issue is especially relevant for those who adhere to the ideas of a healthy lifestyle and proper nutrition.

Scientists predict that by the end of 2020, the number of microwave ovens will reach 135 million. But what is a microwave oven? Is it a reliable household helper or a dangerous enemy worth getting rid of? Let’s try to figure it out.

As surprising as it may seem, for the first time they started talking about the dangers of microwave ovens back in the Soviet Union. It should be noted that similar studies were carried out in Western countries, however, the position of market relations and the possible financial benefit nullified the attempts of European scientists to highlight this issue. 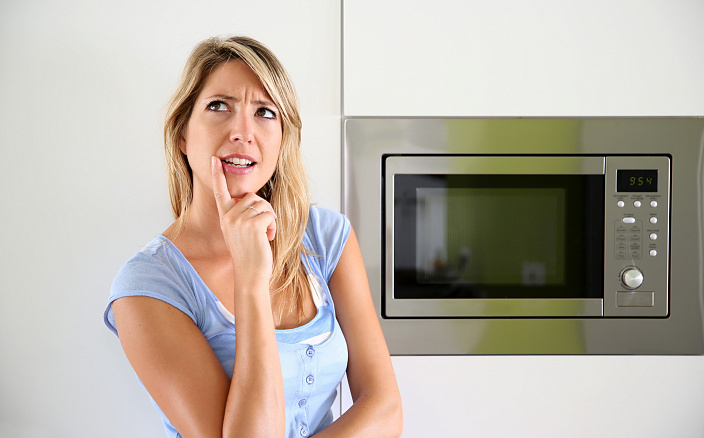 It should also be noted that the developments of Soviet scientists would later form the basis of the research of many Western scientists. Domestic researchers came to the conclusion that food molecules, falling under the radiation of a microwave oven, are deformed. And if a person regularly consumes food prepared in this way, he starts the process of the formation of a cancerous tumor.

Later, in the 90s, a number of tests were carried out in the West. So, for example, American scientists were able to prove that food heated in a microwave loses 97% of its usefulness. And in the subjects participating in the experiment, malignant tumor formations were found. These facts were diligently kept silent by the manufacturers of microwave ovens. For disclosing the results of the study, a Swiss man named Hans Ulrich Hertel was fired from the company.

The study he published in a scientific journal shocked the public and although it did not reduce the demand for microwave ovens, it has already engendered a grain of doubt in the minds of people. One way or another, but all modern research is based precisely on the works of Soviet scientists and Hertel’s research. We propose to consider the basic postulates of these and modern works in order to make a decision later on whether a microwave oven is actually harmful.

Radiation from microwave ovens is harmful to the body

Any microwave oven works thanks to a magnetron built into it, which, when vibrated, creates microwaves that heat food. Heating of food occurs due to the fact that the water molecules in the food resonate and generate heat. As modern scientists believe, this method of heating food deprives it of its useful properties.3

A 2010 US study confirmed that, for example, microwaved garlic loses flavonoid antioxidants and, at the same time, loses its primary value as a cancer prevention tool. Defrosting frozen fruits using microwave heating turned their glucoside and galactoside fractions into carcinogenic substances.

Structural degradation, leading to a decrease in nutritional value, was found to be 60 to 90 percent overall for all foods tested, with a significant decrease in the bioavailability of B vitamins, vitamins C and E, essential minerals and lipotropic substances (substances that prevent abnormal accumulation of fat).

At the same time, modern microwave ovens must comply with safety standards, according to which the radiation from the microwave should be no more than 5 milliwatts per square centimeter. However, modern ovens have a higher microwave energy level, which means that the radiation propagation area becomes larger. The World Health Organization (WHO) on its website claims that if a person is at a distance of 50-60 cm from the microwave, then the risk of radiation is reduced, but nevertheless remains. 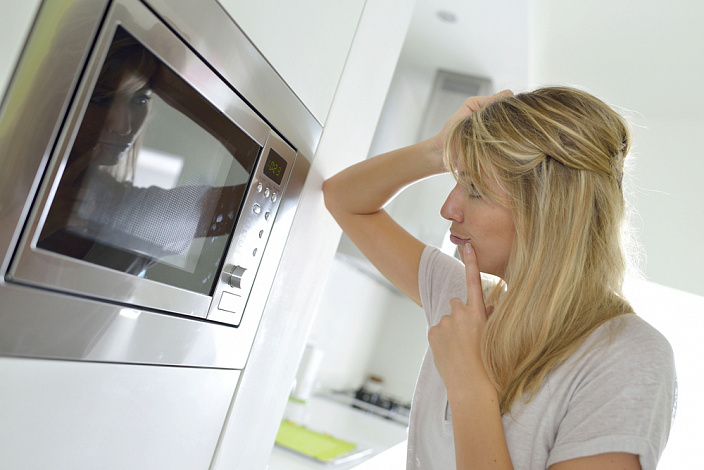 One of the leading Western health portals – YMS – in the conducted study proved that food cooked in the microwave leads to obesity. Due to the fact that cooking food in the microwave is faster and easier (especially in the West, where there is a large selection of ready-made dishes), a person uses it more and more often, provoking obesity.

At the same time, ready-made meals themselves are of little use, they have a huge amount of fats and preservatives, which, in turn, leads to heart problems and blockages of blood vessels. Of course, this is not the direct fault of the microwave, but one of the factors that speaks of its harmfulness.

A 2010 study by the University of Trent concluded that microwave radiation affects the heart and people using pacemakers. This study was confirmed by the WHO statement that heart pacemakers are indeed sensitive to the intensity of microwaves, which means that people with a pacemaker should definitely abandon microwave ovens.

The harm of microwaves to the environment

A recent study by scientists from the University of Manchester showed that microwave ovens emit the same amount of carbon dioxide as millions of cars. It should be noted that this study was carried out on the territory of the European Union, where people are much more concerned about environmental problems.

Microwaves, according to scientists, not only generate carbon dioxide, but also significantly increase the amount of electricity consumed, thereby having a huge impact on the environment, from fuel production to directly generating electricity.

Despite the above facts, WHO claims that if you use a microwave oven strictly according to the instructions, monitor its serviceability, and heat food in glass or ceramic dishes, then the microwave oven will become a reliable assistant. However, in view of the fact that there are more factors that confirm the harm of a microwave oven, we recommend the following:

We hope this article was helpful to you.