Energetics (Energy Drinks) Affect the Body: only man exists, he strives to become the best version of himself. Questions about how to become a superman were raised not only by yogis of the past, but also by modern scientists. Modern man wants to cover as much as possible, the frantic rhythm of the city dictates its own terms.

Following false judgments, a resident of a metropolis refuses to accept the fact that his body is not a perpetual motion machine, not a battery that can be easily recharged and gain strength, or rather, the illusion of strength, falling into dependence on the use of energy drinks or energy drinks popular in our time. However, few people think about how energetics affect the body. In this article we will try to understand the benefits and dangers of energy drinks for the human body.

Until now, the controversy about the benefits and dangers of this unusual soda does not subside. Famous athletes add fuel to the fire, who advertise this type of product, creating the illusion about the benefits of energy drinks.

Despite the fact that professional sports have long ceased to be synonymous with the word “health”, people continue to believe that a brand recommended by an eminent athlete cannot harm our health. We invite you to find out what the danger of an energy drink is and whether it can be replaced with a natural and healthy analogue. 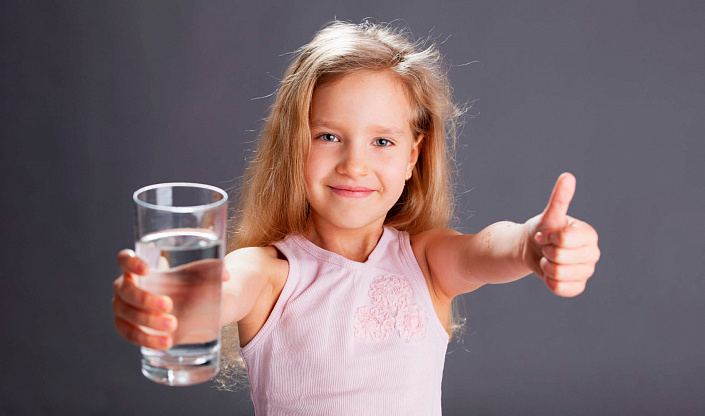 Like everything “good”, tonic drinks came to us from the West. In 1987, they decided to help people overcome the feeling of fatigue, give a boost of vivacity and energy that a person could no longer get from a cup of coffee. For this purpose, the formula “smart drinks” was developed, or in other words, smart drinks. The product entered the market and received tremendous support among various artists and actors: it is easy to find photos on the Internet where Hollywood stars are captured with a can of invigorating soda. This was not done by accident. In the West, especially in the USA, people trust the opinion of their favorite artists; many buy a product only because they saw it at their idol. Obviously, advertising is the engine of commerce, but none of the stars or producers think about what the smart drink leads to. This is how the first energy drinks came into being.

We propose to consider the composition of energy drinks in order to better understand what effect they have on our body.

In its composition, any energy drink includes, first of all, caffeine and taurine – these are two whales that provide a boost of vivacity. At the same time, drinks include vitamins of group B and C, as well as carbohydrates, which are mainly sugar. Despite such an explosive composition, power engineering banks do not write about a wide list of those for whom such a product is contraindicated, limiting it to two categories of people – pregnant women and underage children. We propose to consider the composition in detail and realize that the effect of an energy drink on the human body is very destructive.

The harm of energy drinks to the human body

We invite you to find out if energy drinks are harmful and what effect they have on human health.

So, manufacturers of energy drinks add a whole range of substances to the composition of their drinks, the use of which is very doubtful: 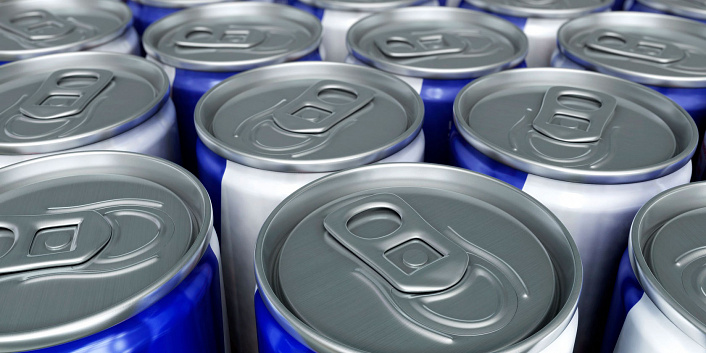 Manufacturers claim that caffeine in drinks is contained in pure form, it is not associated with other substances and is better absorbed by the body. However, such information has no scientific basis, as well as the statement that the drink increases human performance by stimulating the body for at least 3 hours.

But scientists have proven that one can contains caffeine and sugar in the amount of one daily norm, that the glucose that is part of the composition takes energy from the body, depleting the nervous system.

The benefits of energy drinks: myth or truth?

Can Consuming Energy Drinks Benefit Our Body? Many doctors say that caffeine is the only ingredient in energy drinks that needs to be controlled. The main message of modern doctors is that you can drink energy drinks, limiting consumption to one can. This will not benefit the body, but it will not harm it either. In the overwhelming majority of cases, a person will simply receive a short-term increase in efficiency due to the depletion of the body’s resources, which is usually used by truckers when performing night flights. Lovers of computer games also like to drink a couple of cans. However, all of them, as a rule, exceed the permissible minimum, exerting a destructive effect on your body. It is obvious that the benefits of energy drinks are nothing more than a myth, 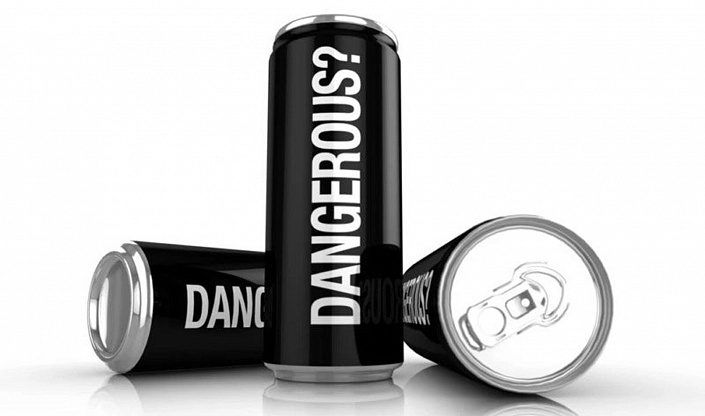 The effect of energy drinks on the human body

At the same time, there are a number of deaths, including underage adolescents, caused by the use of energy drinks. For example, in 2017 in the United States, Davis Creep died at the age of 16, having consumed first coffee and then a tonic drink. According to the doctors, two hours did not pass between the intake of the energy drink and the coffee, and the body simply could not cope with such a load.

For example, in Norway their sale is allowed only in pharmacies, in Sweden it is prohibited to persons under 15 years of age. A complete ban on energy drinks, primarily Red Bull, was introduced in 2003 in France. But after five years of litigation, the country was forced to abandon their ban. In Europe, tonics are on the free market, prohibited only for sale to minors.

In Russia, unfortunately, tonic energy drinks are freely available; anyone who has reached the age of majority can buy them. The question of the use of such drinks remains with the buyer. Obviously, it makes no sense for the manufacturer to list the list of contraindications, otherwise no one will buy the product. However, it should be remembered that there is no benefit to these drinks. But there is an opportunity to become more nervous and irritable, get heart problems and insomnia. And sleepiness and anxiety will become your companions.

As noted earlier, the main component of energy drinks is primarily caffeine. Typically, one can of energy drink contains 30 grams of caffeine, which is comparable to two cups of coffee. This component of the energy drink includes adenosine, an element that suppresses communication with the central nervous system, which leads to the fact that a person ceases to feel tired.

At the same time, caffeine releases a dose of adrenaline into the human bloodstream, due to which the support of mental activity and physical activity is achieved. In addition, caffeine is a purine alkaloid that causes addiction in the body and the need for constant consumption. It is due to the high dose of caffeine that a person becomes addicted to energy drinks.

Caffeine is contraindicated in people with heart disease, as its constituents increase blood pressure. Few people know, but after roasting coffee beans produce acrylamides – this is not just a dangerous substance, but a carcinogen, according to some scientists, causing cancer. High doses of caffeine deplete the adrenal glands and can lead to anxiety and irritability. And most importantly, the diuretic effect of caffeine contributes to the loss of vitamins B and C, just those that are part of the energy drink.

In other words, when we buy a can of an energy drink, we are buying an extremely harmful mixture of caffeine with a serving of taurine. 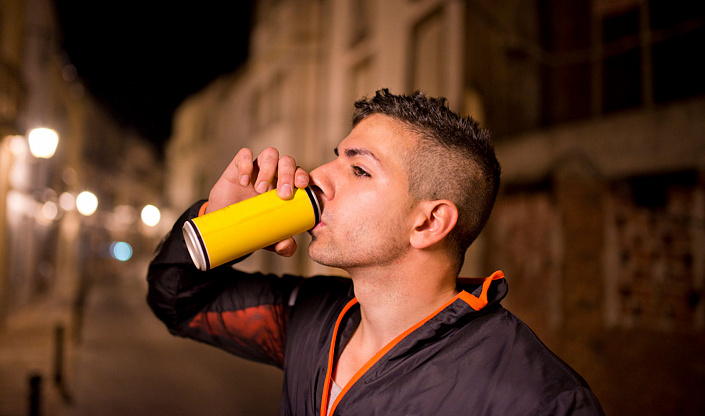 At the moment, on the territory of the Russian Federation, as in a number of other countries, the use of energy drinks is prohibited by minors. This approach is not accidental, since tonic soda has a much stronger effect on children. Excess caffeine in children occurs earlier, as a result, leads to inhibition of reflexes and apathy. Caffeine flushes calcium out of the body, making your baby’s bones more fragile. In addition, it is more difficult for children to limit themselves to one can, which means that the maximum allowable amount will be exceeded, and therefore harm to the body. Addiction in adolescence is many times stronger and persists for many years, and, therefore, every day the child will gradually kill his body.

A logical question: what to do? Obviously, someone who has embarked on the path of yoga does not need any doping. However, if the level of the practitioner is not yet that high, and he cannot find energy in himself, there is a good Ayurvedic recipe. In a glass of warm water, mix a teaspoon of turmeric and add a teaspoon of lemon juice. Drink the resulting drink in small sips in the morning. An invigorating and healthy drink will replace not only an energy drink, but also coffee.

Take care of yourself and be healthy!