One of the most common questions asked to those who have switched to plant-based foods is “Can eggs be for vegetarians?” In our country (and not only in ours), but chicken eggs also have a cult status. If you had to travel on trains, then you met fellow travelers who enjoyed using this product throughout the trip. The male audience will surely remember more than one or two examples of how heroes of action movies in pursuit of big muscles drank egg cocktails. But are eggs really that good? What’s really hidden under the shell? Do vegetarians eat eggs? Let’s figure it out!

There are several types of plant-based diets; you can learn more about this in the relevant materials on our website. Here we will briefly note that the very concept of vegetarianism allows for the possibility of eating eggs. This is due to the fact that the egg you purchased in the store is not fertilized by a rooster, a chicken cannot appear from it, and therefore, in theory, such a product is safe. But not everything is so simple, and we will talk about this below. The type of plant food, when a person consumes eggs, is called “ovovegetarianism”.

A reasonable question arises: why vegetarians can eat eggs, but they still refuse them? There are several good reasons.

Egg harm to the body

It is known that a disease such as salmonellosis is transmitted through the consumption of meat and eggs. In the past 15 years alone, the number of detected cases of this disease in the Russian Federation has increased by 7 times.

This type of intestinal infection is transmitted through the eggs of birds. Unfortunately, there is an opinion that it is enough to wash them before cooking or eating, and then trouble can be avoided. But the shell does not have a uniform structure, which makes it possible for Salmonella to penetrate inside the egg, especially if it is cracked . If you still eat eggs, then by no means eat them raw.

Scientists at Northwestern American University showed that eating eggs increased the risk of heart disease by 3% and the risk of early death by 4%. This is due to the high cholesterol content in the yolk.

In a new study from Oxford, states, “Because of the high lifetime risk of heart disease, the only ones who can consume egg yolks may be those who know they will die young for another reason.” A direct quote from Dr. J. Spence perfectly underscores the attitude of the scientific world to the question of whether to eat eggs.

However, when raising the question of eating eggs, you should think not only about your health, but also about the ethical side – about the health of birds. In 2016, an investigation was carried out by the Latvian Animal Welfare Organization under the name Dzivnieku briviba. The activists managed to get into the places where chickens were kept, which were considered exemplary.

Animal advocates have documented and posted horrifying footage of birds being kept on their website. Deprived of feathers, with parasites, and sometimes without beaks, the birds were in cramped cages, sometimes together with already dead individuals. Farmers violated even the minimum requirements for keeping animals.

Unfortunately, there is no and cannot be certainty that something has changed in this matter over the past 5 years, since production is aimed at obtaining maximum benefits at minimum costs. The exploitation of birds and animals is totally incompatible with ethics. Animals all over the world are kept in dire conditions; By buying the products of factories, you support the violence against living beings, encouraging the owners to continue to commit their inhuman acts. 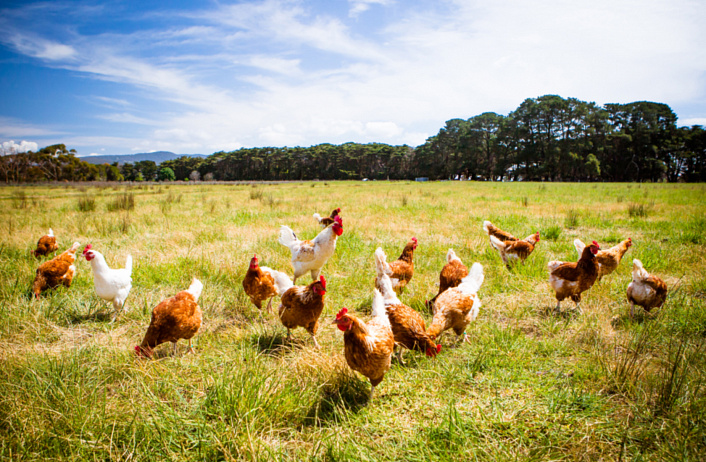 Chickens in villages and on private farms

“Well, I will buy eggs from those who take care of animals and raise them on their private farms,” a reader who is thinking about combining eggs and vegetarianism may say. Before you do this, however, take note of the facts below.

There is a whole area of ​​agriculture called “free range farms”. It is difficult to get into such possessions, and it is almost impossible to do it with a camera. It is known that when an egg is taken from a chicken, it strives to lay a new one, making up for the loss, and this will continue until the bird’s body is depleted. During this time, the chicken will lay an average of 200 eggs, undermine its reproductive function and become unnecessary for the farmer. This feature is used by chickens and cute old women selling “their own, village”; the difference is only in volumes.

Did you know that a chicken can live fifteen or even twenty years? When the birds are stressed, the eggs are collected, the lifespan drops to five years. What do they do with the bird afterwards? As a rule, they are killed and eaten, or left to “survive”. A weakened chicken starts to get sick, sometimes it is attacked by younger individuals and spends the rest of the days in misery. Please think about it next time, standing at the counter with eggs.

A plant-based alternative to eggs

In the 21st century, as more and more people are changing their diet to a plant-based diet, you can easily buy egg substitutes on the Internet or specialty stores for vegetarians. In the west, for example, there are vegetarian eggs made from mung beans.

The product is suggested to be used for making scrambled eggs and omelets. There is no doubt that it will soon appear on the shelves of large Russian cities. But what about those who don’t have vegetarian stores nearby? Make an alternative product yourself! 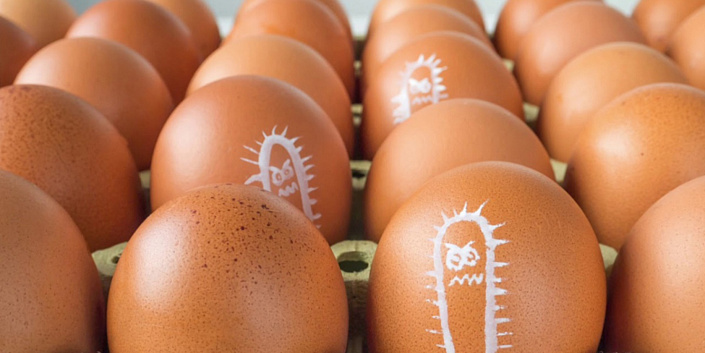 How to replace eggs for a vegetarian in baked goods

Whether vegetarians eat eggs or not depends on the type of diet, knowledge about the dangers of eggs and understanding of the ethical side of the issue. Those who consider themselves to be strict vegetarians avoid foods such as eggs and honey. If you finally decide to give up slaughter food and eggs, then do it gradually, start with fasting days.

Start with one day a week free of meat and fish, then increase the number of days to two. So, gradually, step by step, you will move on to proper and healthy nutrition. Be healthy!