Have you noticed how emotions affect your body and well-being? When you are calm or safe, breathing slows down and deepens. This is how the parasympathetic nervous system works, which has a relaxing effect. Opposite emotions – fear, pain, tension, discomfort – make breathing quicken, make it shallow. This activates the sympathetic nervous system, which is responsible for the body’s response to stress. The same effect takes place in the opposite direction: the state of the body affects emotions. When the face smiles, the brain gives out pleasant emotions. When you control your breathing, calmness returns to you. 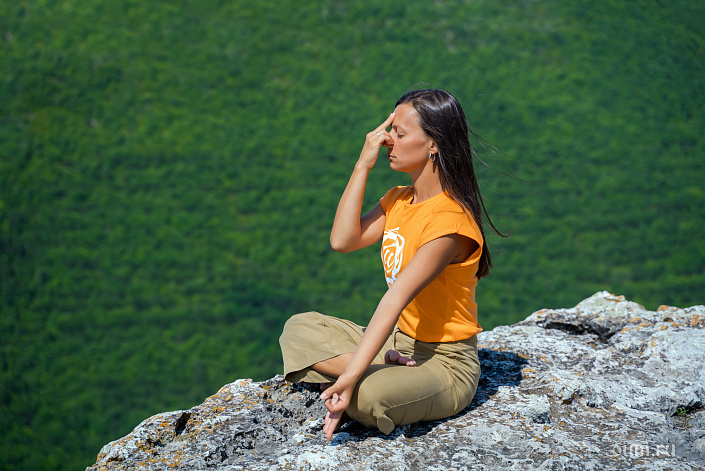 People who, for one reason or another, suffer from shortness of breath, are more likely to be prone to anxiety and panic attacks.

Scientists estimate that more than 60% of patients with chronic obstructive pulmonary disease (COPD) suffer from anxiety or depressive disorders. These disorders are often caused by mechanical factors: the difficulties experienced by patients lead to increased breathing and increased physical discomfort and anxiety.

Rapid breathing can contribute to panic attacks, and this completes the vicious circle: fear causes rapid breathing, which intensifies the fear. Back in 2005, Georg Alpers (University of Mannheim, Germany) and his colleagues observed unconscious hyperventilation in people with a driving phobia.

Regardless of the cause of your fear or anxiety, you can use breathing techniques to calm yourself down. The healing power of combining soothing thoughts with deep breathing is rooted deep in the past, when people sought to achieve harmony in mind, body and the world around them.

Calm breathing is a remedy, not a panacea. Some breathing techniques that yogis use have passed clinical trials, others are just waiting in the wings. Still, it is possible to calm the mind with breathing. This means that such techniques work, and we can take them into service.

Breathing technique to calm the nerves

The benefits of breathing control have been known for many years. But the scientific justification for this appeared not so long ago. In 2016, scientists accidentally discovered a neural circuit in the brain stem that links respiration and control of brain activity. How exactly this happens remains to be seen, but the fact that this connection has been found is already a big step forward.

In order to start practicing calming breathing, you need to take a few preliminary steps:

What are some effective soothing breathing techniques that can be used without prior preparation? Let’s consider the most basic and safe ones. 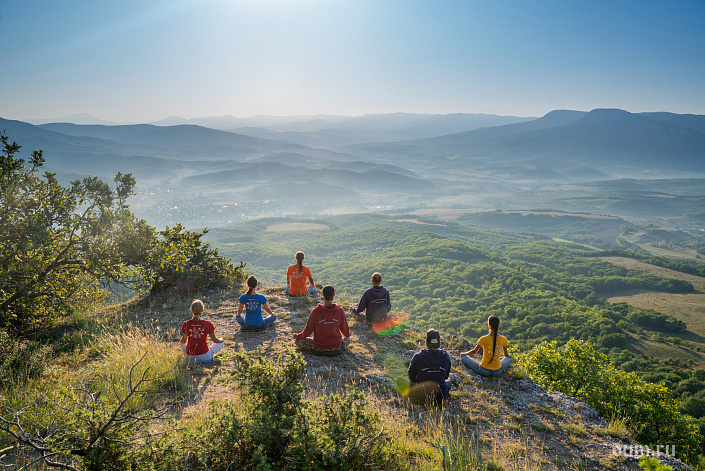 Instead of taking a deep breath, breathe out slowly and fully. Push the air out of your lungs, and then inhale without focusing on this process. Try breathing out a little longer for 2-3 minutes. By the way, this technique can be performed while sitting, lying down or standing.

This practice uses the diaphragm, which improves the functioning of the internal organs and actively supplies them with oxygen. If you are just starting to practice diaphragmatic breathing, lie on the floor for comfort, place one hand on your stomach, the other on your chest. Try to move your belly more, not your chest. Breathe in and out through your nose. When you have mastered breathing with your stomach while lying down, you can move to a sitting position with crossed legs. Practice this relaxation breathing every day for 10 minutes.

What we think about during breathing exercises directly affects our calmness. Try not to think about current affairs, do not plan. Bring your attention to your body. How do you feel when you breathe in and out? Walk your mind through the body. You may find tension or discomfort that previously eluded you. Focus on how your belly moves up and down as you breathe.

Several soothing breathing techniques have been widely used in yoga for thousands of years.

Moreover, breathing practices were used not only to calm down and improve physical condition, but also for spiritual growth and development.

This is alternating breathing through the right and left nostrils. Sometimes this pranayama is called Anuloma Viloma. This is a very effective breathing technique for calming the nervous system. It is based on the balancing of the right and left energy channels (pingala and ida), as a result of which the necessary balance of thoughts and feelings is achieved.

This technique is sometimes performed during hatha yoga practice. This breathing through the closed glottis promotes activation of the parasympathetic nervous system and calms the mind.

This breathing technique is used not only as a sedative, but also as a meditative one. The essence of the implementation lies in the fact that the practitioner inhales with both nostrils, equal in duration to the exhalation. The trained practitioners can lengthen the inhalation and exhalation at their discretion, adding 1 second on inhalation and exhalation. This type of breathing can be performed from a few minutes to several hours.

Yoga for breathing and calming the nerves

A calming breathing technique is not the only way to relieve stress.

Imagine that the very practice of Hatha Yoga can lead to peace! When performing asanas, it is important to understand how they work, how they stimulate the sympathetic and parasympathetic nervous systems.

How to control breathing with yoga? Add anti-stress breathing techniques!

Breathing is one of the basic functions of the body. Every cell in the body needs oxygen, so regular practice of controlled breathing can reduce the effects of stress on the body and improve overall physical and mental health.

The stress breathing technique can not only relieve stress, but also help digestion, improve sleep, rejuvenate the body and, in general, change the worldview.